Home Behind the ScenesWHAT IS ACHIOTE?

Achiote is another name for annatto seeds, (Bixa orellana) and achiote paste is the Mexican condiment that gets its main flavour from annatto seeds.

So what are annatto seeds?

Annatto seeds are collected from a relatively small tropical evergreen tree that grows 5–10 m high. The leaves are heart-shaped, glossy and provide an attractive background to the large bright pink flowers, which have the appearance of wild roses. Prickly, heart-shaped, scarlet seed-bearing pods form after flowering and, when ripe, split open to reveal a reddish-yellow pulp surrounding about 50 triangular, pyramid-shaped, indented seeds. Dried annatto seeds are about 5 mm long, look like little stones, and are a dark, red-oxide rusty colour. When cut in half, they reveal a white centre coated with the dusty, finger-staining red skin. The aroma is pleasant, sweetish, peppery and has faint overtones of old dry peppermint. The flavour is dry, mild and earthy. 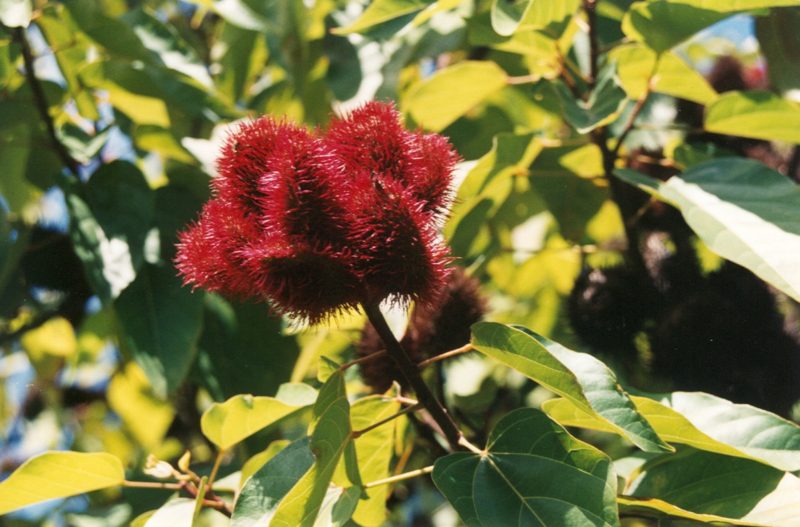 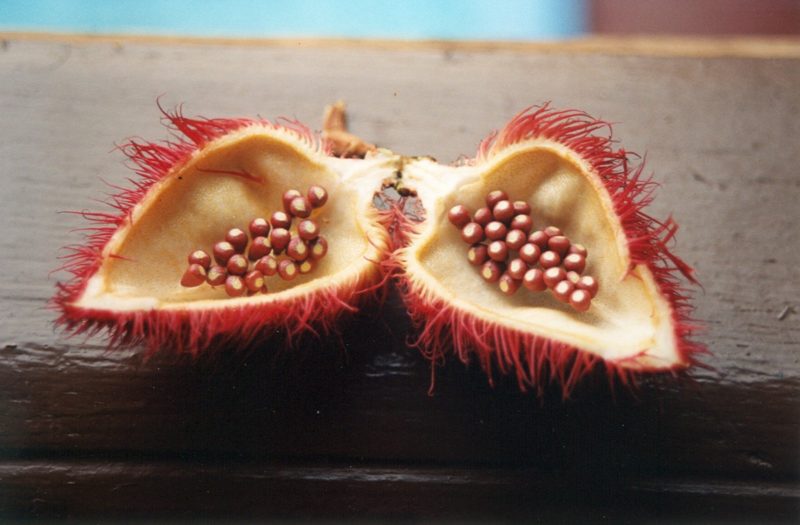 Annatto is native to the Caribbean, Mexico, Central and South America and is now cultivated in many tropical countries. The Spanish colonials from Central America and the West Indies took annatto to the Philippines in the 17th century. The shiny foliage and dramatically beautiful, rose-like flowers made annatto a popular hedge shrub in colonial gardens. Annatto’s history has been most strongly connected to its use as a colouring for foods and as ‘ox-blood’ colour, which is a dye made from the pulp surrounding annatto seeds, used in textile manufacturing. Annatto was applied as a war paint and sun protection by the Carib Indians. It is believed that the early European settlers in the Americas, seeing this annatto colouring, coined the term ‘redskins’ to describe the native Americans. Annatto was also valued by the ancient Maya Indians of Guatemala. One can easily see why it is called the lipstick tree, as a light smear of the bright-red pulp surrounding the seeds is as effective as many commercial lipsticks. Annatto has been used as a substitute for saffron, replicating the colour to some degree, but not the flavour. A natural colour, E160b, is made from annatto, which early research showed only created adverse effects in some very hypersensitive people. Annatto has become popular in food manufacturing as an alternative to the known allergenic artificial colours, Tartrazine E102 and Sunset Yellow E110.

The prickly, predator-deterring fruits are harvested when ripe and macerated in water to allow the dye to settle. This sediment is collected, dried and pressed into cakes for further processing into dyes, cosmetics and food colours. The seeds are dried and packed for shipment. 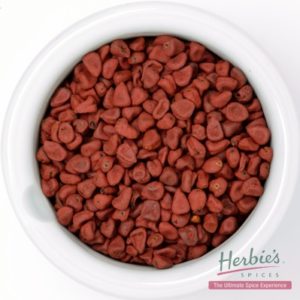 Annatto seeds should be a uniform, dark, red-brick colour and be free from flaky pieces of the dried pulp matter. Always purchase whole seeds and store in an airtight container away from light and extreme heat. Good-quality annatto seeds will last up to 3 years when stored correctly.

Annatto is used primarily as a colouring in fish, rice and vegetable dishes. In Jamaica it goes into a traditional sauce for salt cod and achee, while in the Philippines annatto is a key element in Pipian, a dish made with cubes of chicken and pork. Possibly its most famous traditional application is in the making of Achiote Paste, an important ingredient in Mexican cooking. The Mexicans utilise annatto to colour their stews, sauces and tacos. When you see fresh chicken on sale in supermarkets in Mexico, you will notice how yellow the flesh looks. This is a desirable indication of quality to consumers, indicating chickens with a high corn diet, and although sometimes artificial yellow colours are resorted to, more often than not the colouring has come from annatto. In the Yucatan, annatto is an ingredient in pastes such as Recado Colorado and Adobo. In Asian cooking, the Chinese take advantage of annatto to colour roast and preserved meats such as roast pork, boiled pigs’ snouts, ears and tails. In the West, annatto colour is effective in many cheeses, such as the Red Cheshire and Leicester varieties. Edam cheese has its rind coloured by annatto and annatto also colours smoked fish.

The versatility of Annatto can be experienced in this recipe for Mexican Achiote Prawns. 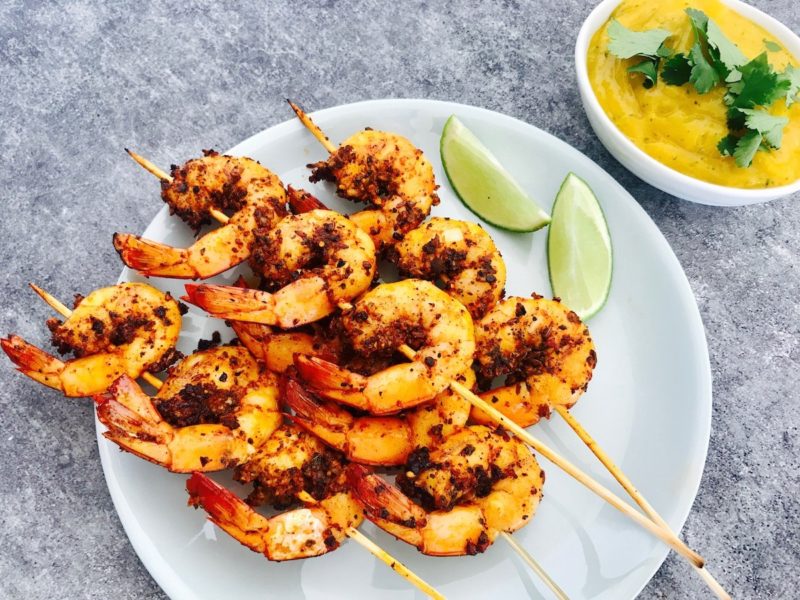 There are two ways to extract the colour effectively from annatto seeds. To colour rice, seafood and vegetable dishes in a similar manner to saffron, make an infusion of ½ tsp of annatto seeds to 2 tbsp of water by simmering lightly for a few minutes. Allow the liquid to cool. This amount will colour a cup of rice or vegetables. To colour curries and brush onto meats, an oil (Aceite) is made by simply putting ½ tsp of annatto seeds in 2 tbsp of olive oil in a saucepan. When lard is used it is called ‘manteca de achiote’. Heat for a few minutes, taking care not to burn the seeds, and allow to cool. Drain the golden oil from the seeds and store in an airtight jar, where it will keep for up to 12 months. 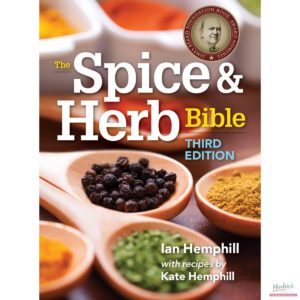