How to use Australian Native Herbs and Spices 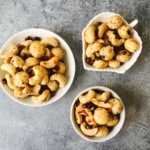 Over the last 35 years there has been a lot of interest in the commercial opportunities provided by edible Australian native plants (often referred to as ‘bush tucker’) including those used as spices. Australia is a vast continent and most non-indigenous people would perish quickly in this environment without adequate supplies of familiar life-sustaining produce. To many it appears to be some sort of miracle that the Australian Aborigines survived in such a harsh setting for countless generations, living off an ecosystem that is abundant if you know where to look.

Restaurateurs around Australia and now overseas, have been plying their craft with amazing skill, bringing the wonders of native flavours to Australians and tourists alike.  Yet with all this interest and support, widespread use of Australia’s native flavours in domestic households is developing very slowly.

There may be a few reasons for this.

Firstly, unlike conventional herbs and spices, which have been used to season and preserve food in many cultures for many centuries, Australia’s native spices have a sketchy history of being used as seasonings. Australian indigenous people used them for sustenance and for their medicinal and spiritual properties, however there is very little evidence of  Australian native spices being traditionally used to actually flavour food before or during cooking.

Perhaps the native food industry has to catch up with the long and colourful history of the world’s spice trade. After all, consider that India had no chillies before the Americas were discovered, Europe had no allspice until it was brought back from Jamaica, mistaken for pepper. Cooks the world over are now more adventurous than ever, and information technology spreads news millions of times faster than Vasco de Gama or Christopher Columbus ever could have dreamed.

Another reason for the tardy adoption of these flavours is that Australian native spices bear the burden of “gimmick appeal”.  Gimmick value has helped to generate awareness here and overseas, but the whole imagery of “bushfoods” is at odds with the way consumers see themselves preparing everyday meals. Although Australians may have watched the Bush Tucker Man eating witchetty grubs, strange leaves and pods on their television screens, home cooks are unlikely to relate his experiences to their own suburban existence.

A third barrier to the success of these indigenous flavours relates to the cooking methods required for a lot of our Australian native spices. Many have delicate fresh top notes that cannot sustain long cooking periods, or when used in too large a quantity leave an unpleasant eucalyptus taste in the food.  A basic understanding of how to use these spices will overcome this problem.  After all, you can imagine the result of using too much pepper, chilli, cardamom or cloves in a meal.  The skills that have been acquired through generations of traditional spice use, can be applied equally to these native flavours, so that eventually using native pepperberry (Tasmannia lanceolata)  or lemon myrtle (Backhousia citriodora) becomes no more mysterious than adding chilli or lemongrass to a recipe.

The basics to get you started

The first rule of effective spice use is to become involved with the aroma and taste, and think about how this will compliment, enhance and balance with the dish you are preparing. This is easily done by using the strongest and most effective sense you have, smell!

Your sense of smell is the most powerful sense you have, as smell goes straight to the emotional part of your brain without being obstructed by the process of logical thinking. That’s why an aroma will remind one instantly of a past event, a place or even a person who was always wearing a certain perfume.

We say, “Smell your spices every time you use them, even the ones you are familiar with”.

This process will familiarise you with the spice’s attributes, indicate if the spice is as fresh as it should be, and heighten your awareness of its compatibility with the other ingredients you are cooking with.

Most Australian native herbs and spices are relatively strong. Even though they may seem more expensive than many common spices, only a small amount is used to gain a big result. Just think of other strong spices such as cloves, cardamom, star anise, Sichuan pepper and many more.

How much to use?

The following guide is an approximate quantity of dried, ground item to use to 500g of main ingredients (meat, vegetables, grains and pulses, and baked goods). The teaspoon we use has a 5mL capacity.

Click on each name for more information and to order.

In addition there are many Herbie’s Spices all natural spice blends that contain Australian native herbs and spices. 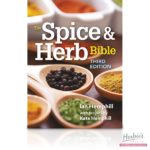 For more detailed information on the above herbs and spices, plus many more, look for The Spice & Herb Bible 3rd Edition by Ian Hemphill with recipes by Kate Hemphill.