Home GeneralFor the Love of Cardamom!

In January 1997, Liz and I spent a month in Cochin, South India to take a Spice Sabbatical in preparation for opening Herbie’s Spices on the 7th of July 1997 – 20 years ago.

Cardamom remains one of my favourite spices, therefore it seems appropriate to share this experience with you, one that I wrote about in my book Spice Travels that was published in 2001.

The Indian Spices Board had arranged for one of their colleagues to accompany us into the cardamom hills, where we would see extensive cardamom (Eletaria cardamomum) plantations, a cardamom auction, and the Periyar wildlife sanctuary at Thekkady. After three weeks in Kochi by the coast, we were looking forward to getting up to some high country, where it would be a little cooler.

The day got off to a typical start with Mr. Palanichamy (he said to just say Palliswarmy) and driver arriving to collect us at nine in the morning. Mr.P suggested we visit a tea plantation at Munnar, north east of Kochi, on our way to the cardamom hills, however when we mentioned how much we were looking forward to seeing the cardamom auction at Vandanmedu, he said “Oh, that will be over by 12:30 so we’ll miss it.” From our appalled silence Mr.P gathered this was not good news, so he stopped at a Spices Board office and phoned ahead to ask them to delay the proceedings as long as possible.

The driver stepped on the gas, no mean feat on the rutted, monsoon washed away roads, that seem only to be repaired just in time for the next monsoon to wreak its havoc. During the wet season, three metres of rain falls in these hills and one can only imagine the force of the torrents formed from the runoff. We turned off onto a short-cut that would by-pass the tea plantation and hopefully get us to the auction sooner rather than later. Sections of this road were more holes than surface, and we wondered whether the ‘short-cut’ was turning into a ‘long-cut’. The Ambassador (India’s own car, made with Morris Oxford tooling acquired when they stopped making them in England) stalwartly chugged up the steep winding road, the driver having to stop and change into first gear as we negotiated the deep ruts formed in the road at every hairpin bend. The agony of the climb (the radiator boiled once and we had to stop for half an hour while it cooled) was almost compensated for by the beauty of the scenery. Each sharp, precipitous bend would reveal a tantalising distant vista of rolling tropical hills seen through tall, vine-laced trees. Every now and then a far-off clearing would appear, and in it a large Portuguese-style church, sitting among the tangle of jungle, like an apparition from Lost Horizons.

We passed through small villages, bustling hives of activity with women fetching and carrying impossible loads, while indolent youths and cigarette smoking menfolk sat idly passing the time of day. An Ambassador had been pushed off the road for repairs, a tarpaulin laid out on the ground beside it. Eight men were standing around the car with its bonnet up, and what looked like every greasy mechanical component from its engine bay was regurgitated all over the tarp. Every one of the eight gazed contemplatively at the array of shafts, cogs, gears, piston rings, washers, brackets, ball bearings and hoses, as if willing them to magically re-assemble themselves. I peered out the back window as we sped past in a cloud of dust, and wondered which head-scratching aspiring mechanic would be the first to make a move.

As we drove into Vandanmedu we could smell the distinct camphorous, eucalyptus-like aroma of cardamom in the air.

During the cardamom harvesting and drying season, auctions are held in numerous villages like this one. The auction room is about the size of a small classroom with tables and chairs lined around the perimeter facing the centre. In one morning, forty or more lots may be put under the hammer, which could amount to two or three tonnes of cardamom pods. When a lot comes up, each of the buyers is given a sample of pods from that lot in a small plastic bag. He opens it and tips the cardamom into a dish and inspects the quality before bidding. The cardamom auctioneer stands in the middle and proceeds to ply his trade, putting on a theatrical display of salesmanship in that inimitable fashion which is so unique to this profession. A cacophony of shouts in Malayalam ring out as the bidding gets more and more excited as the price rises and a buyer is nailed with a closure. 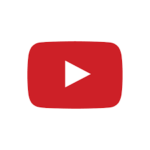 Quick as a wink, the buyer and the price and the lot number are chalked up on the blackboard, the bowls of cardamom pods are tossed onto the red-carpeted floor and a new batch of bags are handed around in readiness for bidding to commence on the next lot. By the end of the auction, the discarded samples of peacock green pods are ankle deep on the floor. One could not be blamed for swooning, as the astringent aroma tantalises the nostrils and clears the sinuses.

Sadly, this traditional “Open Outcry” style of auction has disappeared and is now replaced by a computerised cardamom trading centre in Thekkady.

The auctioneer told us that some years ago the traders decided to sweep up the discarded lots of cardamom from the floor and sell them on the local market, the proceeds of which were used to build a school. The practice has continued and the schools in the cardamom growing areas benefit from this initiative, one that is particularly relevant in the state of Kerala, which claims to have the highest literacy rate in India.

We were really beginning to appreciate why the Indians call cardamom “The Queen of Spices” (they refer to pepper as “The King of spices”), and why it has been used by mankind since early civilization. Cardamom will add a delicacy and freshness to curries like no other spice, and yet it also compliments sweets and fruits equally as well. Our next stop was a cardamom plantation which is the largest in the south of India and owned by a man called Mr. Jose, whom everyone refers to as “The Cardamom King”. I suppose he’s the king of the queen of spices?

The plantation looked more like dense jungle, as cardamom is a perennial plant (that is, it doesn’t die in winter) and it likes to grow in the canopy of shade provided by existing trees. For this reason, cardamom growers claim that their crop is environmentally friendly, because the forest does not have to be cleared to grow them. Cardamom plants look a bit like a tall clumps of ginger without the flowers, with long, flat leaves which can grow up to a couple of metres tall. 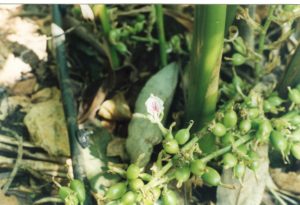 What makes the plant unusual is that the flower stems grow out from the base around the perimeter of the clump, and then the seed capsules, or pods as they are called when they are picked, form on these stems. Like so many spices, the pods are picked by hand and dried on shelving covered with wire mesh in a kind of barn that also has a wire mesh floor. When you peel away the paperbark-like pod, about ten tightly packed brown/black seeds are revealed. 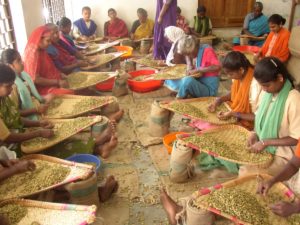 Mr. Jose, an urbane quietly spoken man who commanded kingly obedience from his minions, took us to his drying shed that was the size of two houses. Underneath the shed there was a furnace that is stoked all day and night, to make the drying room hot, so that the pods dry within 24 hours to the most beautiful soft green colour, with a slightly shrivelled appearance. These dried pods are then cleaned to remove any pieces of stem, and graded depending upon their colour, flavour strength and size.

Mr. Jose took us to a large incredibly fragrant room where about fifteen women were sitting, cross-legged on the floor around a pile of cardamom pods a metre high and over two metres in diameter. Each sari-clad lady held a triangular, flat wicker tray with a few cup-fulls of cardamom pods on it, and was rhythmically shaking them up into the air and catching them again. This dexterous motion, that also had a slight forward and back movement, separated the organic waste from the good pods, which were taken and bagged by workers behind the circle of women. Perhaps monotonous to many, there was something captivating about the fragrance of cardamom, the musical rustle of pods on woven trays sounding like a type of tambourine, and the hum of village gossip and laughter.

We thought how perceptions change over the years, when we were reminded how thirty or more years ago, most cardamom pods were bleached to a very pale, almost cream colour, which was then considered desirable. However the Arabs were known to prefer their cardamom green, and it was considered a matter of great honour and prestige among them, to be able to pass around the greenest cardamom when entertaining and partaking of their ritual coffee spiced with cardamom.

In the 1980s, Guatemala got the jump on India and became a major player in the world cardamom trade by supplying the greenest cardamom, thus attracting the very considerable Arab market. The situation suddenly changed, and everyone strove to produce a really green dried cardamom pod. Most of the Indian cardamom you see now is very green, and over the last ten years, India has increased its share of the market considerably. 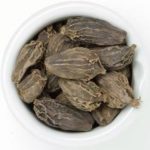 With all this talk of green cardamom pods, I must mention that there is another variety of cardamom called brown cardamom, black cardamom or large cardamom (cardamomum amomum). These are about the size of a grape or small nutmeg, and its configuration with a soft, leathery pod concealing dark seeds is the same as the green one. The flavour is pungent, with a rather odd smokey, camphor taste. I wouldn’t use it as a substitute for green cardamom, however some recipes will call for brown cardamom because of its distinctive flavour. The unique aroma of a tandoori spice blend is often achieved by adding ground brown cardamom pods.

For more information on cardamom and other spices, refer to The Spice & Herb Bible 3rd Edition by Ian Hemphill with recipes by Kate Hemphill.