Home Behind the ScenesAllspice is NOT Mixed Spice

Confused already? You are not alone, as this particular spice (Pimenta dioica) has been causing confusion since the Spanish discovered it in the Americas around 500 years ago.

Back in the 15th Century, pepper was a highly regarded and relatively valuable spice. When the Spanish bumped into the Americas, they were so desperate to find rare, sought-after spices, and the poor dears had been at sea for so long, that when showed allspice berries by the natives they thought they were pepper!

The result was that Felipe IV of Spain instructed his minions to investigate la pimenta de Jamaica, ‘pimenta being Spanish for pepper. Imagine the red faces when ships laden with allspice berries landed in Spain, the traders expecting to see valuable black pepper instead!

Therefore, for many years allspice was called Pimento and/or Jamaica Pepper.

When you see a recipe calling for ‘Red Pepper Flakes’ they mean chilli flakes that may be in the form of Aleppo Pepper or Korean Chilli Flakes used in making Kim Chi.

In an attempt to avoid this pepper/pimento confusion the spice trade started calling these berries Allspice. The reason; the flavour is like a combination between cinnamon, cloves and nutmeg (all spices). In reality the flavour is most like a mild, somewhat fruity version of cloves.

Mixed Spice on the other hand is a mixture of sweet spices such as; Coriander Seed, Cassia, Cinnamon Quills, Nutmeg, Allspice, Ginger and Cloves.

Mixed spice is much milder than Allspice, and although they are used in similar recipes, we don’t consider them to be interchangeable.

For more details on the history, the plant and its processing and use, see The Spice & Herb Bible 3rd Edition. 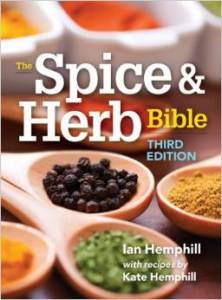