Sprinkle this Middle Eastern blend on bread brushed with oil, and toast.

A Middle Eastern blend that is used to flavour breads and season dishes in much the same manner as Mixed Herbs. Brush flat-bread with olive oil, sprinkle with Za’atar and lightly grill until toasted. Mix Za’atar into mashed potato and coat chicken with Za’atar before frying, grilling, barbecuing or roasting. 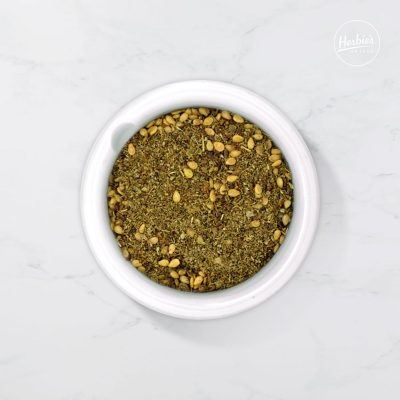