Turmeric is a member of the ginger family (Zingiberaceae) and grows from a rhizome (the part of the root system that grows off the primary tuber) like ginger, galangal and kenchur. After harvesting, the rhizomes are boiled to denature them so they don’t sprout, and to gelatinise the starches and even out the colour distribution. These are then dried to become what are referred to in the trade as ‘fingers’. These are very hard and can only be ground effectively in an industrial spice grinder.

We have been receiving a lot of enquiries recently about Turmeric, partly due to media reports of the healthy attributes of Curcumin, a substance in Turmeric that is largely responsible for its colour and flavour.

At Herbie’s we do not give medicinal advice, as we don’t have the expertise or qualifications to do so. However, we can demystify the difference between the 2 grades of Turmeric powder that are available. 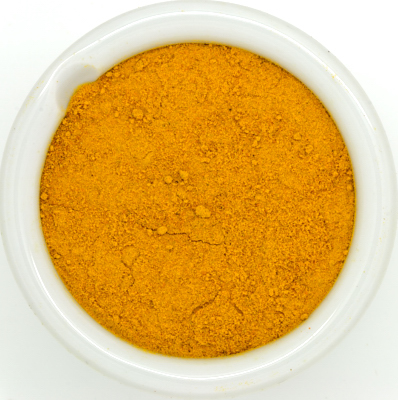 Madras Turmeric is pale yellow, has a Curcumin content on average of 3.5% and is the one most commonly seen in supermarkets. Madras Turmeric is best used when a bright yellow colour is wanted (say in pickles) and only a very mild flavour. This variety of turmeric powder is sometimes sold as ‘Indian Saffron Powder’ which it certainly is not!

Although Madras turmeric may not necessarily come from Madras on the East Coast of India, it was given this epithet because for many years it was mostly traded from the port of Madras. The English colonists in this area preferred this variety because ‘it has less flavour’!

Alleppey Turmeric is not as pretty as Madras, as it is 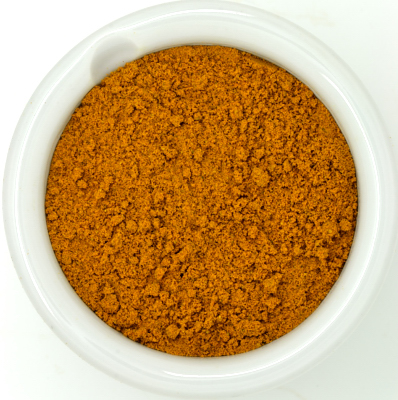 a dark yellow/ochre colour, has a richer more earthy flavour than Madras, and has an average Curcumin content of 6.5%. Due to the rich, more earthy taste, Alleppey turmeric is the best one to use in curries, tagines and in most recipes that include other spices. This way you get the benefit of Turmeric’s flavour as well as the colour, which does lighten during cooking.

Turmeric goes particularly well with seafood and helps to counter overly ‘fishy’ tastes that many people find difficult to cope with. 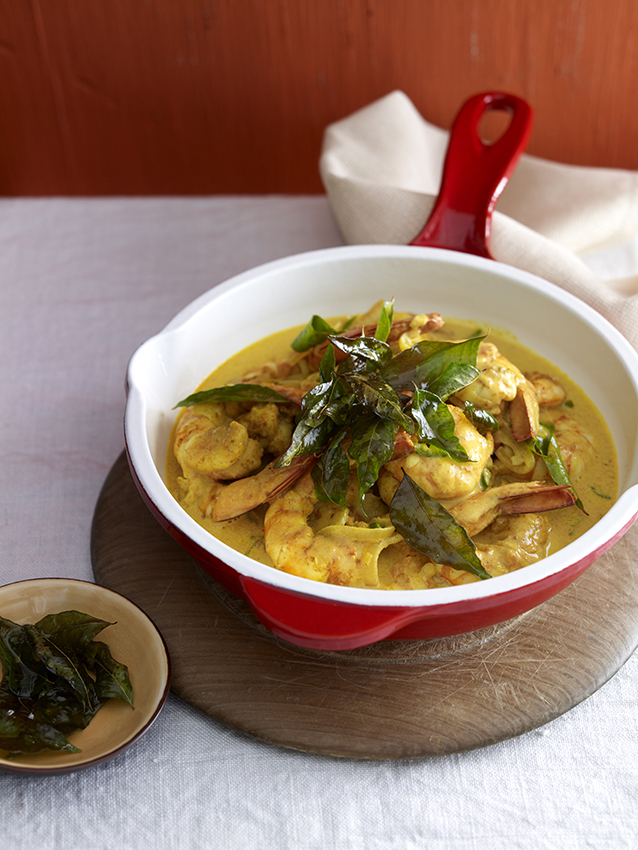 One of my favourite uses for turmeric is in the South Indian shrimp (prawn) Moilee recipe that is in my latest book, The Spice & Herb Bible 3rd Edition. Turmeric is also an essential spice in many other recipes, from Indian curries to Moroccan tagines, Asian stir-frys and a kuwaiti Fish Stew.

For North America, visit our distributor’s site at www.herbiesspices.com