Use in Indian cooking as a thickener and to give a pleasant, nutty taste to foods.

Although the Poppy Seeds of culinary use are gathered from the dreaded opium poppy, Poppy Seeds have no effective narcotic content, and have been denatured by heat treatment, so they will not germinate. Blue Poppy Seeds are used mostly in European cooking while these slightly smaller white ones are a regular feature in Indian recipes. Both have a pleasing, nutty taste that goes well with breads, biscuits and cakes. A fiery Vindaloo Curry will get some of its texture from roasted White Poppy Seeds which grind to a rich, nutty paste.

Produce of Holland packed in Australia.

Warning: Some countries regard the importation of poppy seeds (even non-viable ones) as drug trafficking, so always check the destination regulations if you are taking them out of Australia. 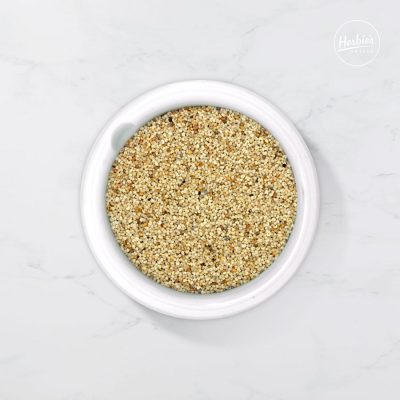