Whole anise seeds are not to be confused with Star Anise. Used in cakes.

Aniseed is a warm licorice-tasting seed that is harvested from an annual plant with flat, feathery leaves and white, late summer blooming flowerheads. Be careful not to confuse aniseed with star anise, which is harvested from a tree that is native to China. Aniseed is native to the Middle East and the Romans used it in little cakes that they ate at the end of their banquets. Aniseed is traditionally used with vegetables that can be indigestible such as cabbage, onion, cucumber, carrot, turnip and beetroot. Aniseed is used to flavour many alcoholic drinks such as Pernod, Greek ouzo and mastikha, anesone from Italy and the French drink, pastis.
Produce of Syria packed in Australia. 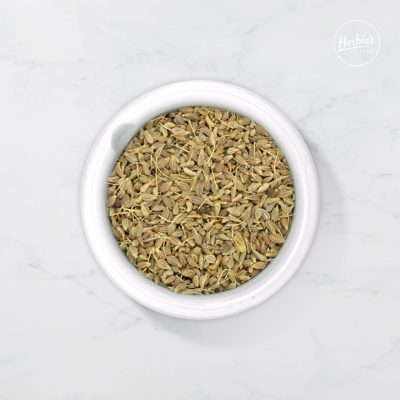