‘Tis the season to be jolly, also the season to make cakes and puddings and cocktail foods for Christmas parties. It’s the time for gift-giving as well, and we hope you enjoy the little gift we have popped in for you with this Newsletter.

You may not have heard of sumach (sometimes called sumac) but rest assured, we’re not trying to poison you! The sumach shrub grows throughout the Middle East and the Mediterranean, and its small red berries are dried in the sun and ground into a coarse powder. The spice is used in Iran, Iraq, Turkey and most of the Middle Eastern countries, especially Lebanon. You may have seen something purple sprinkled over sliced onions in kebab shops – that is sumach, and we’re sure you’ll love its tangy tastiness. Try it on avocado fish… anywhere that you would use lemon.

A customer has shared his favourite sumach recipe with us. In his words, it’s “to die for.” Place a whole chicken in a baking try and add enough good chicken stock to make a depth of about 2cm. Sprinkle a tablespoon or less of sumach into the stock and roast the chicken. The liquid will reduce during cooking and make an unbelievably delicious sauce for the chicken. Makes your mouth water, doesn’t it?

And while we’re on the subject of sumach, try this very easy idea. Halve Roma tomatoes lengthwise and place, cut side up, in a baking tray. Sprinkle with salt, pepper, a little caster sugar and a generous coating of sumach, then bake very slowly (100 degrees C) for four hours. These can be served hot, room temperature or cold, either with salads or as a cocktail snack. (Try using Tiny Tim tomatoes for finger food.)

Just one last snippet of information about sumach – it is an important ingredient in the Middle Eastern spice, za’atar, which is a nutty, tasty blend of powdered thyme, salt, sumach and toasted sesame seeds. It’s great to sprinkle over pan-fried chicken or lamb, add to salad dressing, or just to top a delicious slice of fresh bread and butter!

Something to discover – the flavour of freshly-ground coriander seeds. Put some Australian coriander seeds into a pepper mill and grind directly on to your food … wonderful! There are unexpected fresh tones which will delight your palate and offer you something quite new.

All Mixed up on Spices

With people coming in to buy spices for their Christmas cakes and puddings, we’ve noticed there is some confusion over Allspice and Mixed Spice. Surely it’s the same thing? People ask. In fact they’re quite different, and here’s why. Allspice is the ground pimento berry, also known as Jamaica pepper or allspice. It was given the name of allspice because it really does smell like a blend of cloves, cinnamon and nutmeg. Botanically, the allspice tree is a cousin to the clove tree. Mixed spice, on the other hand, is a blend of sweet spices – Herbie’s mixture contains ground coriander seed, cassia, cinnamon quills, nutmeg, allspice, ginger and cloves. For a richer, more robust spicy flavour for fruit cakes, use a little extra allspice as well as mixed spice.

El Nino a Blow to Prices

And now for the bad news. Unfortunately the El Nino weather patterns have caused unseasonal dry spells in some spice-growing areas. Pepper from South-East Asia has been badly affected, as has saffron from Kashmir, so naturally, due to the rules of supply and demand, the prices have risen. At the same time, the stock market crashes throughout Asia and America have shaken our dollar and done nasty things to our foreign exchange rates. To this misfortune, add the business acumen of the average spice trader, who knows that what is hard to get now will be even rarer and more expensive a year from now, so he is holding back his supplies until he can drive the prices higher. The bottom line is that some of our prices have had to go up. We’ve kept the increases as low as possible, and we will continue to do our best to give the best possible price on the best possible quality, as we have so far.

Thank you to those of you who have used our mail order facility. We always post the order back on the day that we receive it, and we use Express Post so that you should have it the next day. There have been only two cases of orders going astray, and it appears that the Post Office sometimes neglects to send a parcel notice if the bag is too big for your letter box. So please ask at your Post Office if you’re expecting an order that you feel is running late, and of course, contact us if there is any problem.

No-one wants to spend hours in the kitchen during summer, especially at holiday time, but there’s no need to sacrifice flavour. Lots of Herbie’s blends, such as Ras el Hanout, Tasty Meat Sprinkle, Native BBQ Spice, Sumach Pepper with Lemon Myrtle, Za’atar and Chermoula can be sprinkled on before grilling or barbecuing so that you have a really great meal ready in the time it takes to turn on the grill and microwave the veges!

What’s new at Herbie’s? We’ve been in “classic” mode!

Finally, a word on the Spice Appreciation Classes &endash; they’ve been so popular that we now have them weekly, on alternate Wednesdays and Thursdays. Give us a call for more information. 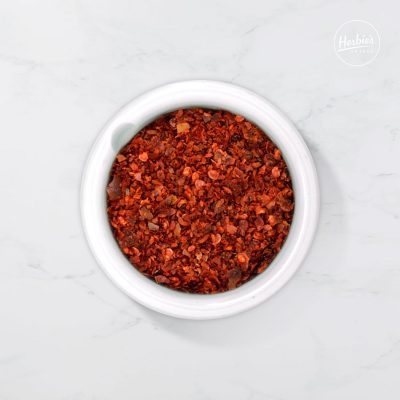 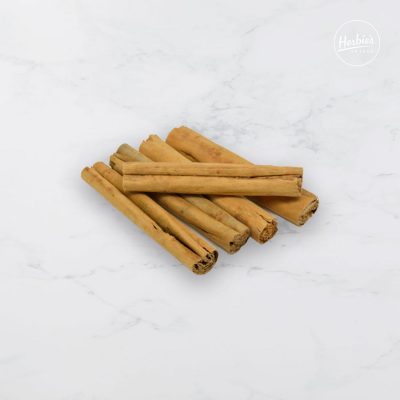 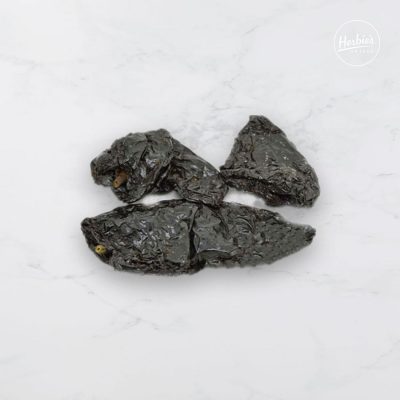 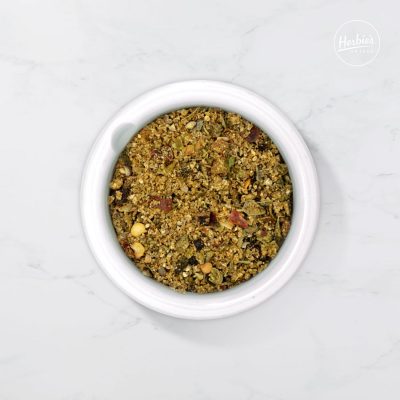 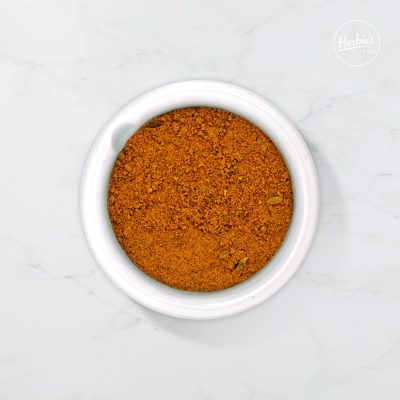 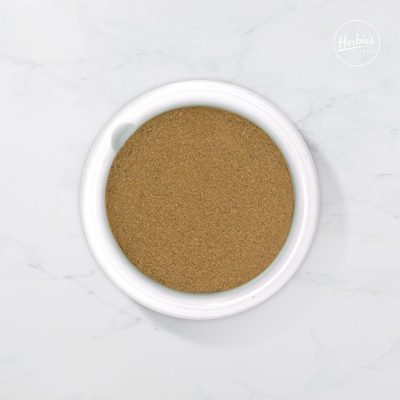 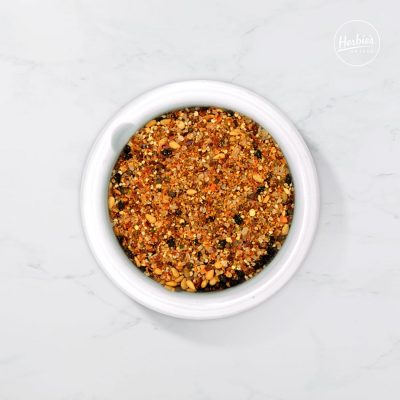 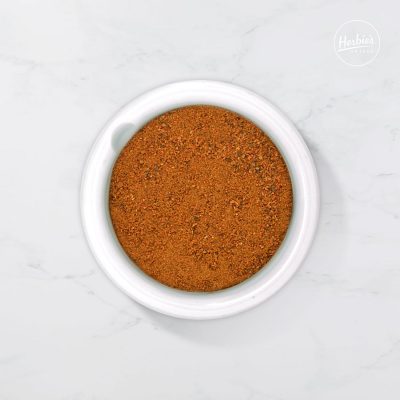 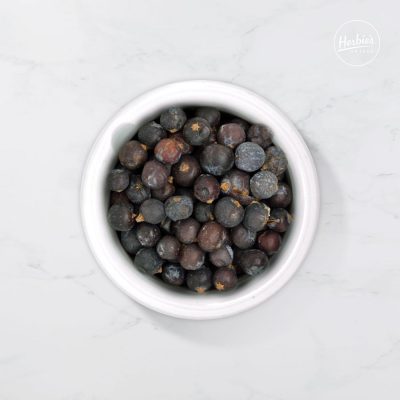 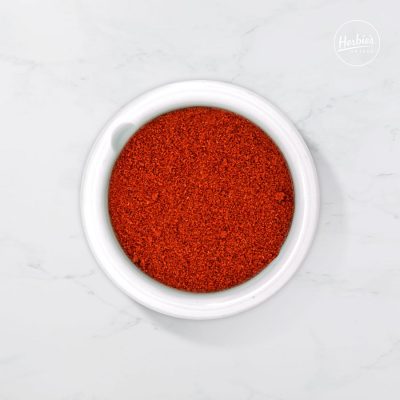 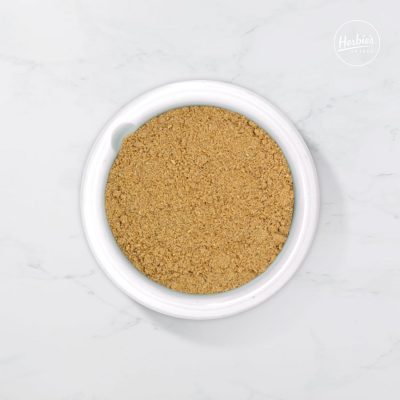 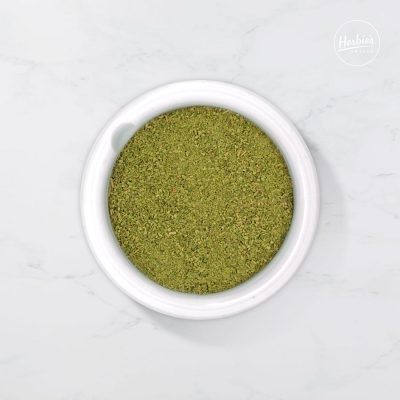 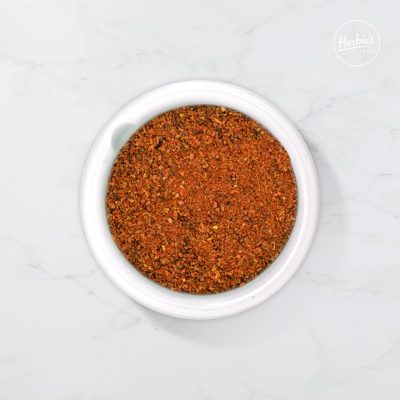 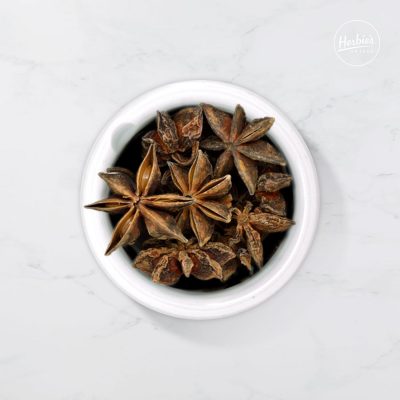 More from the blog

We thought that in these unprecedented times, it would be appropriate to share some handy meal ideas to ease the stress of isolation and potentially limited food sources. Having to self-isolate creates an opportunity to brush up your cooking skills and have some fun experimenting with some flavours you may not have tried before. Let’s face it, everyone can cook. Have you ever grilled Spices and Spice Blends for Vegetarian and Vegan Cooking

In this short video, Ian "Herbie" Hemphill talks about how Herbie's Spices, herbs and spice blends are all suitable for vegetarian and vegan cooking. A great spice blend for vegan meals is Aloo Gobi Masala. All ingredients are listed on the labels, so you know exactly what you are getting. For a wealth of information on spices, herbs and making your own spice blends,

We’re all in accord about single-use plastics. Having seen huge drifts of plastic in the pristine seas off the Indonesian islands, we know just how important it is to get rid of those shopping bags, plastic wraps and sandwich bags. When one gets emotional about bad plastics, it’s easy to begin to demonize all plastics, and perhaps it’s timely to repeat this message from our Newsletter of some years ago. 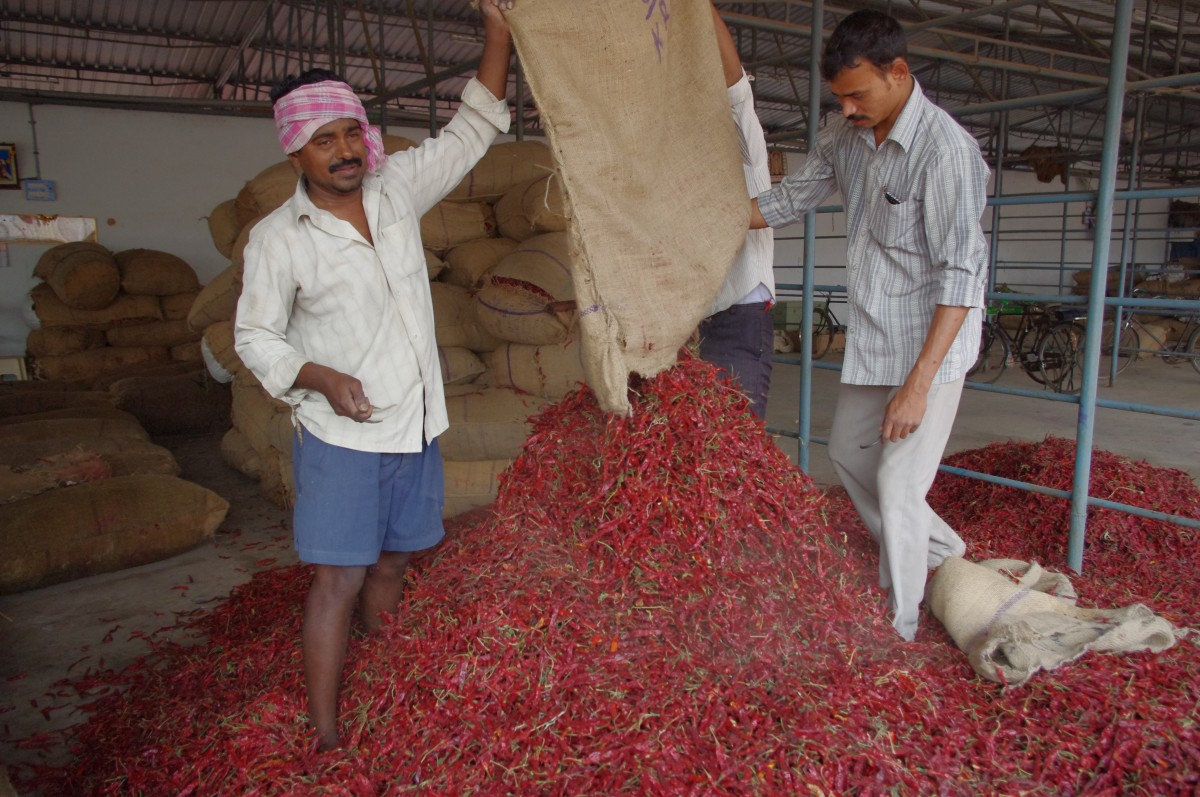 We invite you to join us, Herbie and Liz, as we return to our beloved India to take you to some places where many tourists don’t go! And some amazing places that you just can’t miss. This is designed as a holiday, not an endurance test, and we have made the itinerary a little more leisurely than some earlier tours, so that you arrive home refreshed and well. Be a part of our small group and join the fun!

What kind of meal do you think of when you hear the word “curry”?  The origin of our English word is Kari, meaning a spiced sauce.  The English took the idea back home from the colonies, and the classic Madras curry – well-balanced and flavoursome - became a staple in the English household.  The French, meanwhile, had colonized the Pondicherry area on the south-eastern 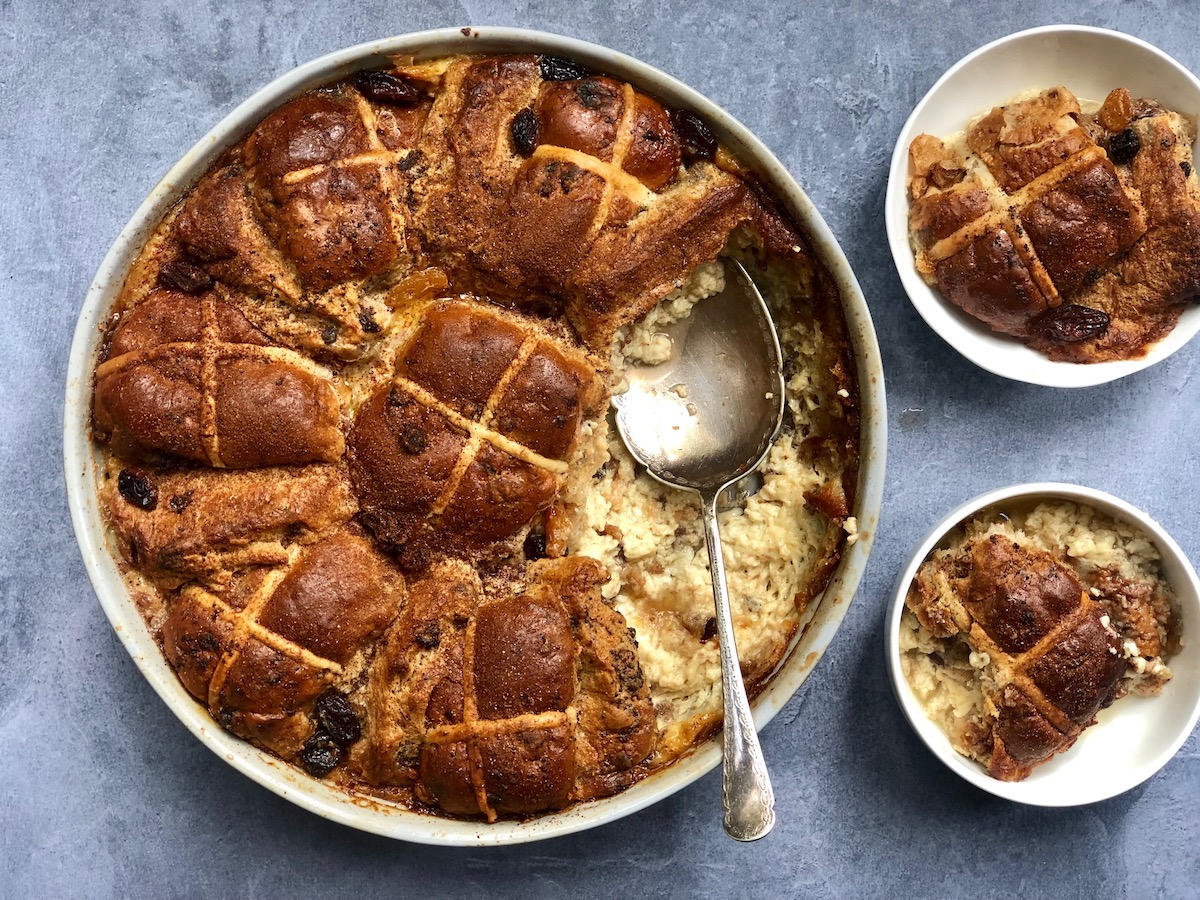 With Easter just around the corner, it’s time to think about the spices you’ll need for your Easter recipes. For all those sweet recipes such as cakes, biscuits and hot cross buns, cinnamon, allspice, cloves and cardamom are traditional, along with Mixed Spice. For extra fragrance and flavour, try using our Fragrant Sweet Spice Blend as an aromatic substitute. Easter is a great time

Home Made Pizza Like so many Australians, we have had plenty of lock-down time during winter.  Our fabulous local pizzeria closed for a time, and we had to make our own pizza – not so difficult, really.  Here’s a simple dough recipe: mix 400g white bread flour with 1½ teaspoons of dry yeast and 1 teaspoon Italian Herbs.  Dissolve ½ teaspoon of salt in

The first thing you will notice is that this website looks quite different to the one you may be used to. In response to the many questions we have received from our customers over the years, we have built in many new features that will enhance your shopping experience. While navigating the site is intuitive, we've described some of the many new features here. 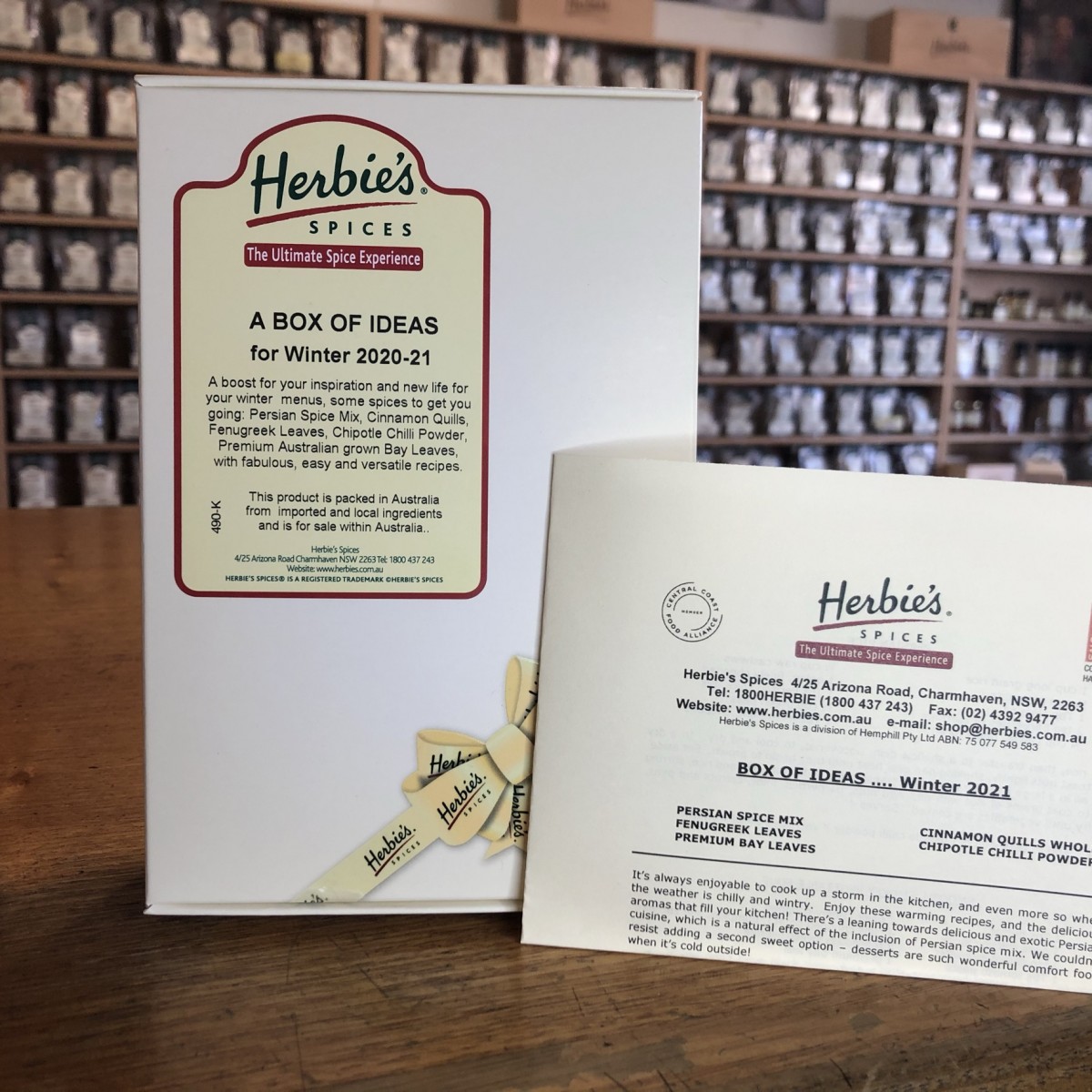 Following through on our gradual revision of the Spice Kits, we’ve had a look at the Al Fresco kit.  At our place, outdoor meals often include big sharing platters, which enable those who are hungry to really dig in, and those with bird-like appetites to pick gently at morsels, without any embarrassment about how much is put on, or left on, the plate.  So we’ve We trust that you have all survived Australia’s quiet introduction to the new year. Isn’t it wonderful that, in times of trial and frustration, cooking, eating and sharing bring such consolation? For those of us separated from our loved ones by insurmountable obstacles, we can be encouraged by improving conditions this year.

Herbie loves being in South India, the food and the people. In this video he makes Avial (a South Indian Vegetable Curry). Making lightly spiced meals is one of life’s great pleasures, made all the simpler with our Herbie’s Spices all-natural spice blends. 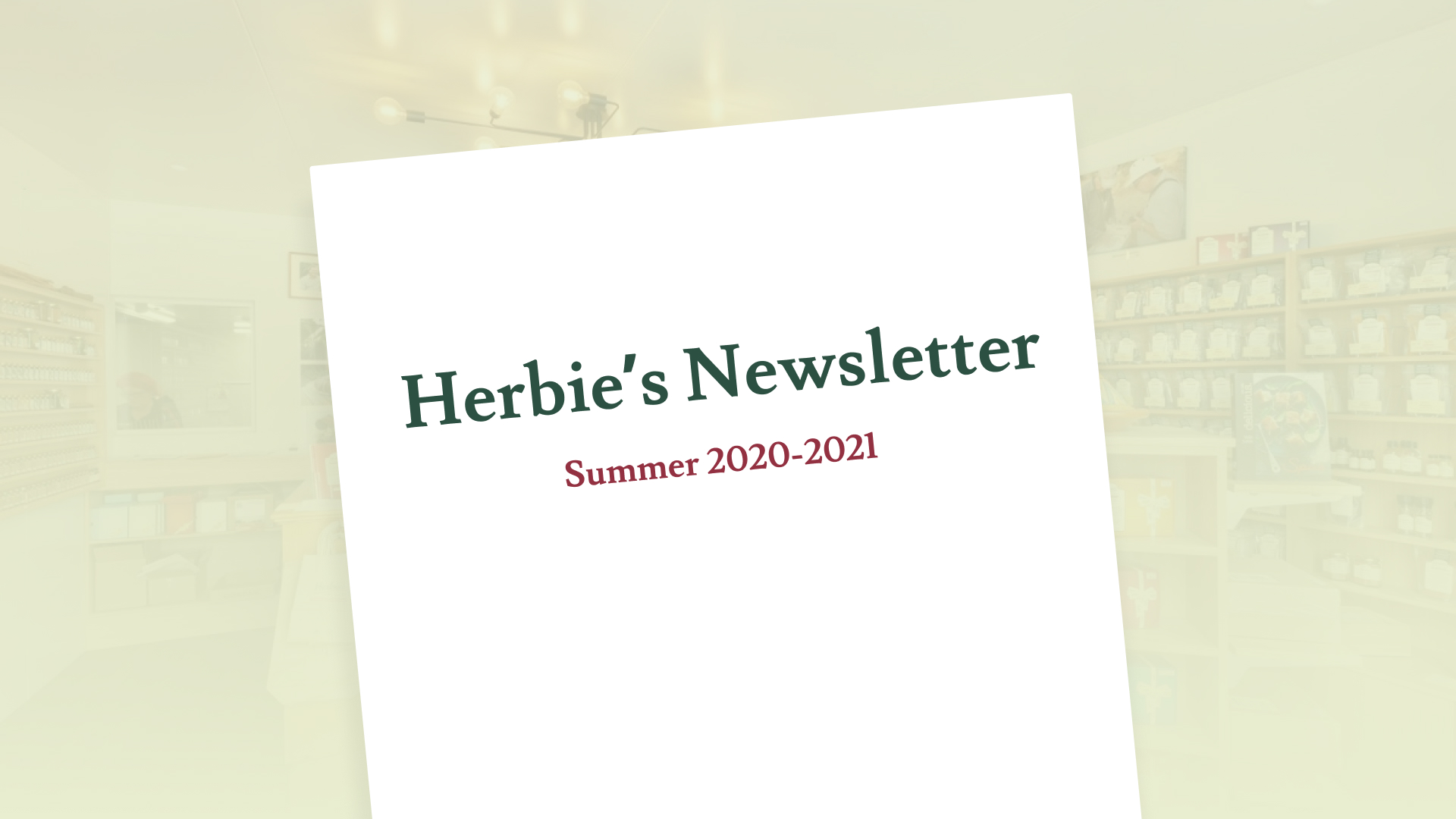 A world-wide annus horribilis is drawing to a close, and all we want for Christmas is a better year ahead. For many, time spent in confinement has been a time for reflection, communicating with loved ones, and cooking up a storm. 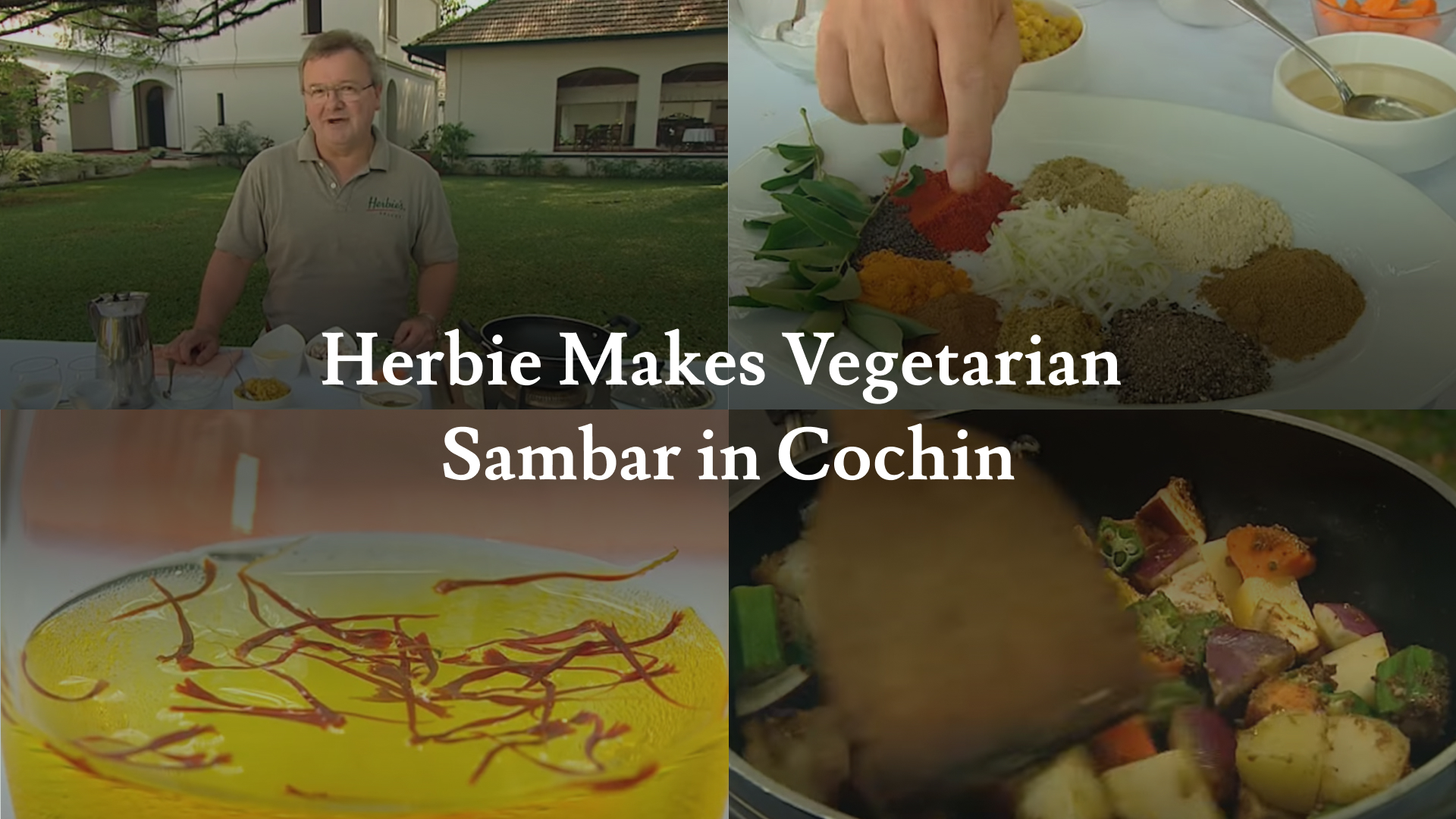 One of Herbie’s favourite places in India is Brunton’s Boatyard in Cochin In this video, he makes a Vegetarian Sambar. 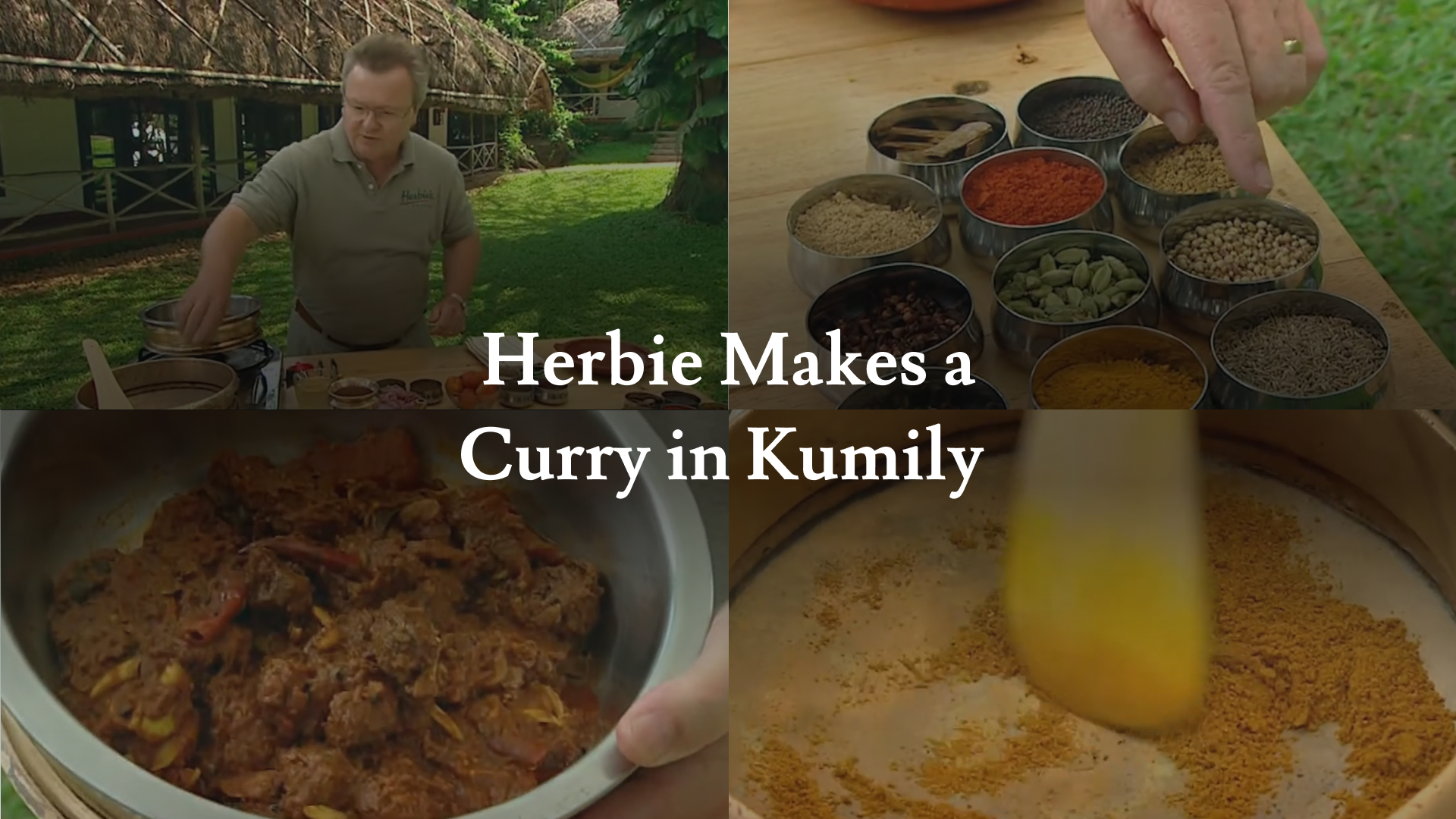 Herbie Makes a Curry in Kumily

In this video, following a short elephant ride, I have the audacity to show my Indian friends at Spice Village how I make my Saturday Curry! Why Herbie is Obsessed with Spices

During this time when many of us are isolated, either voluntarily or forced, I thought it would be a good idea to share some of the things I cover at the beginning of a Spice Appreciation Class. As classes are off now, here goes a virtual communication! People often ask why I am so obsessed with spices. This video explains where it all started,