The Truth About Saffron

Saffron is the stigma (the female organ) of an autumn flowering crocus (Crocus sativus). The stamen is the male organ that holds pollen, and it has no use in cooking.

Saffron is the world’s most expensive spice, with a street value on average of around A$20,000 per kilo. A double handful of saffron weighing about 1 kilo, will contain at least 200,000 stigmas. All these are painstakingly harvested by hand, from the back-breaking picking of each flower to the dextrous separation of the 3 stigmas.

Saffron crocuses. Note the 3 red stigmas in each flower and the yellow, pollen-holding stamens. 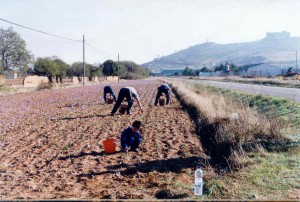 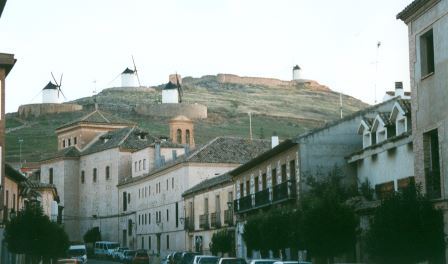 Conseugra, a town on the Plains of La Mancha just south of Toledo in Spain, holds a saffron festival in the last weekend of October. Note the windmills in the background. These are the ones that Don Quixote reputedly tilted at!

This giant paella was cooked over a period of around 5 hours at the saffron festival, and then everyone lined up in an orderly fashion to receive a decent sized plate of paella, free!

Sadly, they used artificial colour as saffron is too expensive! You can understand that though, as there was no charge.

The best grades of saffron are the whole stigma with the style removed. The style is the little pale thread that joins the 3 stigmas into the base of the flower. The style has flavour, but very little colour compared to the stigma.

Look closely at these Kashmiri Mongra grade stigmas to the right, and you will notice they are slightly trumpet shaped. 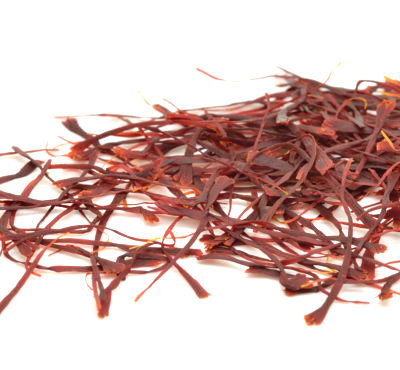 Adulteration and falsifying saffron is a common practice globally, due to the high cost of the genuine article, making adulterers potentially rich. In the past various materials such as safflower petals, corn silk, coconut fibre, and even dyed shredded crocus petals were passed off as saffron.

However, today there is an even more insidious method being used to make false saffron. This clever fake is made of a soluable plastic, artifically coloured and flavoured, sometimes with sandalwood, in a vain attempt to mimic the woody notes of real saffron. 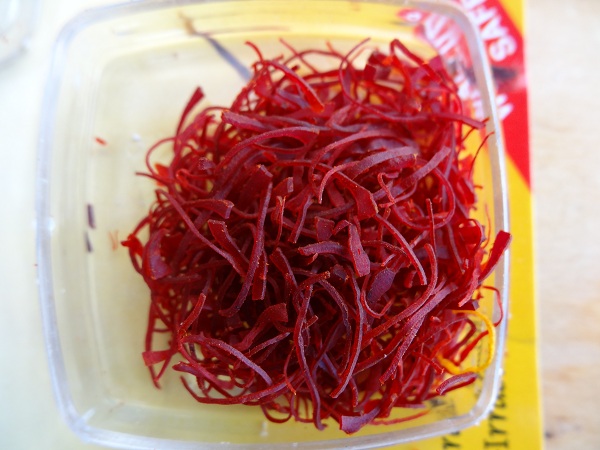 Fake ‘plastic’ Saffron that has been artifically coloured and flavoured. This will dissolve in warm water after several minutes.

Fake Saffron will release its colour more rapidly than the real item. Good saffron can take anything from 15 minutes to an hour to release the golden hue. Artificially coloured saffron look-alikes release a redder colour, and the aroma is like sandalwood (if it has any aroma at all).

Here you can see how red the fake saffron looks when compared to the golden colour of true saffron.

When infused, the 2 on the left are fake and the golden one to the right is real

If you then take one of the fake threads and rub it between your fingers, it will dissolve completely, a strong indication that the thread is not real.

To view the Saffron Alert on YouTube, go to: https://www.herbies.com.au/herbies-tv/68-saffron 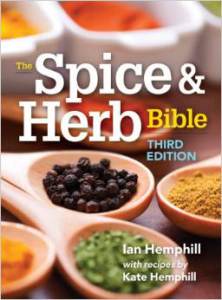