Home Behind the ScenesKnow Your Cardamoms

Cardamom is featured in many recipes, however are you using the right one?

Green Cardamom (Elettaria cardamomum) is the most common and we refer to it as your ‘default’ cardamom when a recipe simply calls for ‘cardamom’.

Green cardamom is native to the mountain ranges of the south western Indian state of Kerala, known as the western ghats, (ghat being the name given to steep hills, a derivation of the word ‘ghats’ which means ‘steps’), In this tropical paradise, cardamom is referred to as the “Queen of Spices.” It thrives in the shady monsoon forests one sees enveloped in soft morning mists at altitudes over 3,300 feet (1,000 m) above sea level. Cardamom is also native to Sri Lanka (Elettaria ensal) and up until the 19th century both varieties were harvested in India and Sri Lanka from wild plants in the rainforests, orderly cultivation only really taking place in the 20th century. 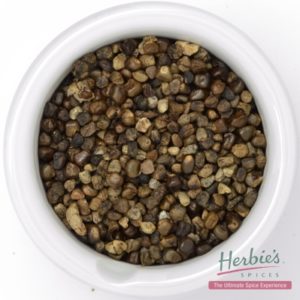 Cardamom Seeds are collected when the papery husk of a green cardamom pod is broken open, three seed segments, each containing three to four brown-black, oily, pungent seeds, are revealed. The taste of the seeds is warm, camphorous and eucalypt-like, pleasantly astringent and refreshing on the palate.

Green cardamom is a versatile and useful spice, being equally complementary to sweet and savory foods. Although it is a pungent spice and should be added to dishes sparingly, the fresh top flavor notes in green cardamom make a zestful addition to a wide range of meals. Traditionally, cardamom has been used to flavour Danish pastries, cakes, biscuits and fruit dishes. The Indians include it in many curries, and we love to use cardamom to add a note of brilliance to Moroccan tagines. 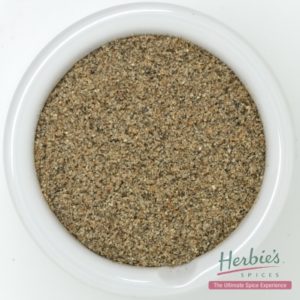 Ground Cardamom should only ever be made by grinding the seeds and not the papery husk.

An old spice trader’s trick is to grind old cardamom pods that have lost their colour and much flavour. By grinding the papery almost tasteless husk without removing the seeds increases the profit on selling ground cardamom! 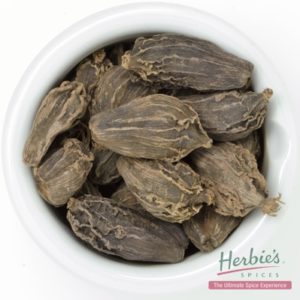 Brown or Black Cardamom Pods (Amomum cardamomum) have a completely different flavour to green cardamom and are not used a a substitute for green cardamom. Brown cardamom has a distinct smokey note, and although many authors say it is inferior to green cardamom, this variety adds a wonderful smokey depth of flavour to curries and butter chicken recipes. Add the pods whole and remove them at the end of cooking. 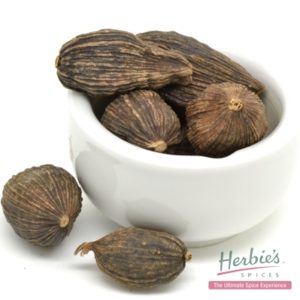 Chinese Cardamom Pods (Amomum globosum) are different again, although somewhat similar to Indian brown cardamom. These are less smokey and have a more medicinal flavour profile.

Chinese brown cardamom pods are used with other pungent spices such as cloves, star anise, pepper and chilli. Fennel seeds are often used with these spices to tone them down a bit and make the final result more agreeable.

For more information about cardamom and many other spices, see The Spice & Herb Bible 3rd Edition