Home Behind the ScenesGrains of Paradise

Although exotically named, this wild harvested member of the cardamom family has enjoyed renewed awareness as followers of West African cuisine, and boutique gin producers, discover its true potential.

The economy of Sierra Leone, a major exporter of Grains of Paradise, was devastated during the last ebola epidemic. Therefore we were pleased to hear from our supplier who advised us:

“We also out here are using some of the proceeds to help communities, especially during the Ebola crisis in the country. We also help some schools and hospitals in the rural areas. Doing business with your company have helped us a lot to achieve our goals in Sierra Leone”. 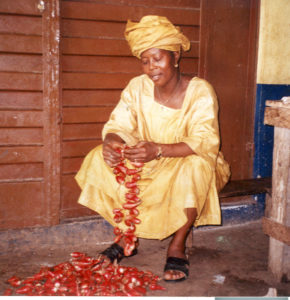 Many people are not aware that the majority of spices are grown and sold by relatively small producers, often family controlled, who depend on these wonders of nature for their livelihood. 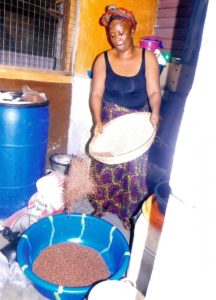 After removing the cardamom-like seeds, they are winnowed to remove any remaining fibre.

Grains of paradise (Amomum melegueta) also known as Melegueta pepper, is indigenous to the West Coast of Africa from Sierra Leone to Angola. The common name “Melegueta” derives from Melle, the name of an old empire inhabited by the Mandingos in the upper Niger country situated between Mauritania and Sudan. The Portuguese called it Terra de Malaguet, and the coast to its west, referred to as the “Gold Coast,” was also named the “Grain Coast” and the “Pepper Coast” after this spice. 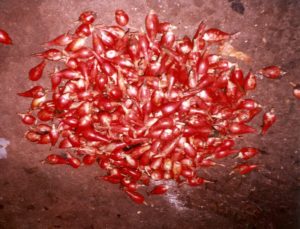 Grains of paradise are the seeds from a plant that is a member of the ginger and cardamom family. These herbaceous, cardamom-like, leafy-stemmed shrubs grow from a stout rhizome and may vary considerably depending upon where they are growing in West Africa. The flowers are followed by pear-shaped, 4-inch (10 cm) long red to orange fruits that contain many seeds. 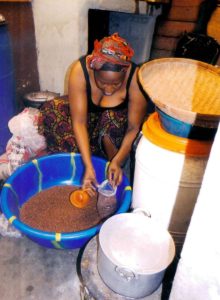 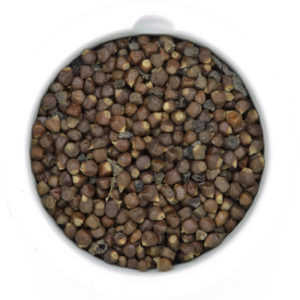 When Australian mountain pepperberry is in short supply, grains of paradise may be used as a reasonable substitute, although they are not quite as hot.

Grains of paradise are used in much the same way as pepper and in the region they come from are considered an acceptable alternative, as well as being the preferred spice in some of their local dishes. Exotic Moroccan spice blends such as ras el hanout may contain the crushed seeds and their peppery notes will be found in Tunisian stews spiced with cinnamon, nutmeg and cloves. It is best to grind grains of paradise before adding them to a dish, as they do not soften readily in cooking and grinding releases their flavor more readily. 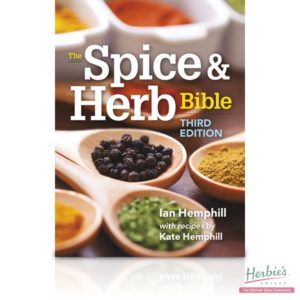